Simon works in publishing and, as well as writing for young adults and younger readers, is the author of three novels for adults (the first of which won a Betty Trask Award in 1991) and a work of non-fiction – The Rough Guide to Classic Novels. His children’s novel Moon Pie was shortlisted for the Guardian Children’s Fiction Book Prize, while the first in the four-book Quigleys series was shortlisted for the Branford Boase Award.

Simon was born in Sheffield and studied English at Oxford. He lives still in Oxford with his family. 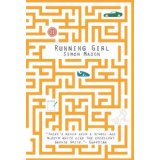 Running Girl: Meet Garvie Smith. Highest IQ ever recorded at Marsh Academy. Lowest ever grades. What’s the point? Life sucks. Nothing surprising ever happens. Until Chloe Dow’s body is pulled from a pond. His ex-girlfriend.DI Singh is already on the case. Ambitious, uptight, methodical – he’s

determined to solve the mystery – and get promoted. He doesn’t need any ‘assistance’ from notorious slacker, Smith. Or does he? 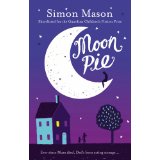 Moon Pie: Eleven-year-old Martha is used to being the one who has to keep her head. Tug, her little brother, is too small. Dad is too strange. And Mum’s not here any more. So when Dad falls off the roof, it’s Martha who ices his knee and takes him to the doctor. And when Dad doesn’t come home, it’s Martha who cooks Tug’s favourite pie and reads him his bedtime story. And when Dad passes out, it’s Martha who cleans him up and keeps his secret.